Khaled Youssef: I Do Not Regret The Entry Of Politics, But It Was A Stupid Moment – Misarabia Skip to content 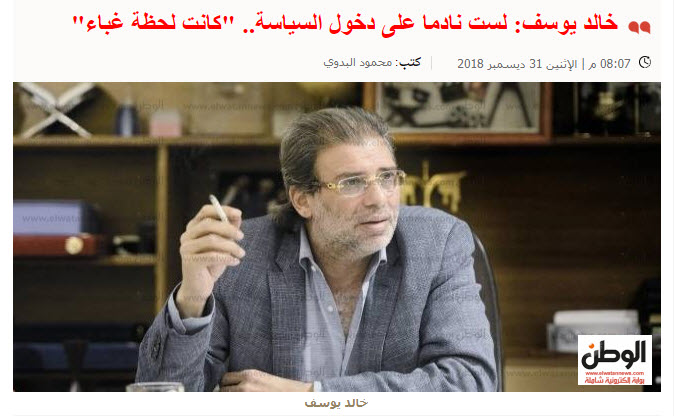 The director Khaled Youssef said that he does not regret it, but it was a stupid momentIn his words, explaining that the Politics certainly will not make him give up on cinema and will stop just from time to time.

On the other hand, “Youssef”, during an interview with “Arab Wood” on Rotana Cinema, confirmed that his new film “The Fall of Andalusia” is a productive partnership between four countries – Morocco, Algeria, Egypt and the UAE – and its cost is fictional. It will be filmed in Morocco, Algeria, Egypt, Spain, and southern France.